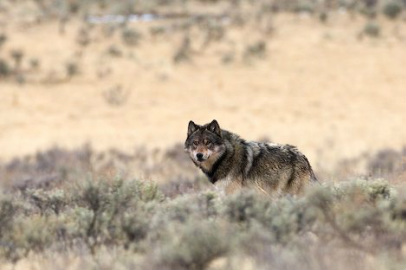 A keystone species is one that is essential to maintaining the balance of an ecosystem. Its removal will have a larger impact on an environment than its biomass would indicate. The gray wolf is a keystone species of Yellowstone and specifically Hayden Valley. Their decreased populations have historically led to increased elk populations (since they are prey of the wolves), and thus decreased aspen tree populations (as elk eat/damage these plants). This has then led to fewer ponds in Hayden Valley specifically, as beavers have less wood for creating dams in rivers, thus depriving other species of pond-based niches. The gray wolf is also important as it leaves behind elk carcasses that are then consumed by scavengers like bald eagles, golden eagles, ravens, coyotes, etc. During the 1900s their population numbers in the Yellowstone area were depleted by habitat loss and overhunting by farmers who were worried about their cattle being eaten, which ultimately led to increased elk populations as explained above, causing stress to the vegetation and other wildlife of Hayden Valley. A decrease in gray wolf numbers though would probably allow for increases in numbers of coyotes, since these species compete for similar food sources.
Dominant Species: Coyotes 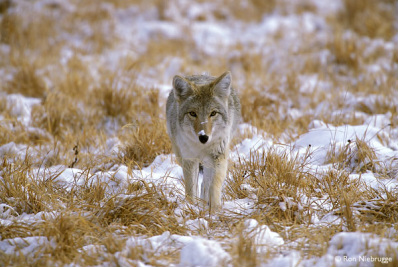 A dominant species is one with a higher abundance or biomass than most other species in its habitat. Coyotes are very common in Hayden Valley. The removal of the coyotes would lead to an increase in smaller predators like red foxes that experience interspecies competition for food, but an increase in small rodent populations that are controlled by coyotes throughout Hayden Valley, and possibly a consequential decrease in grasses/shrubs eaten by those rodents. This is because the coyote acts as a secondary consumers, directly consuming small animals like door mice whose populations are regulated by the coyotes. Looking at the ecosystem as a whole, certain species (mostly small rodent species) would experience increased competition for food, space, etc. if the coyote were removed. Other species like gray wolves, who compete with the coyote, would experience decreased competition.

Below: Yellowstone's 1988 fire was probably its most famous and serious 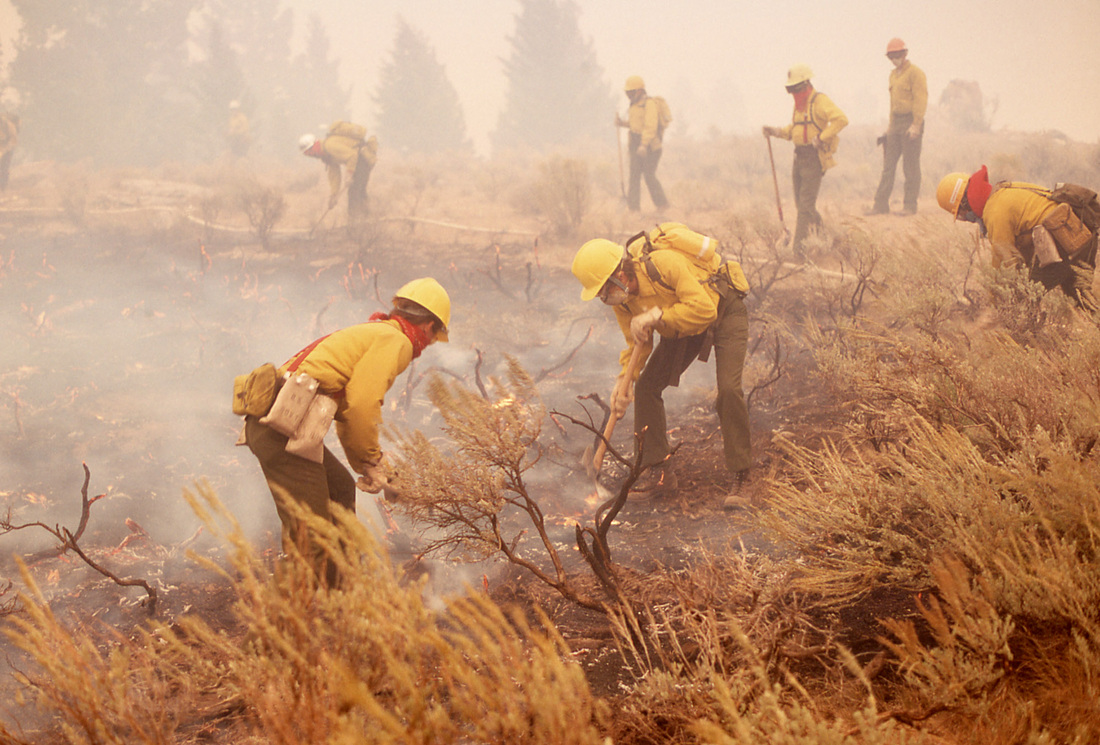